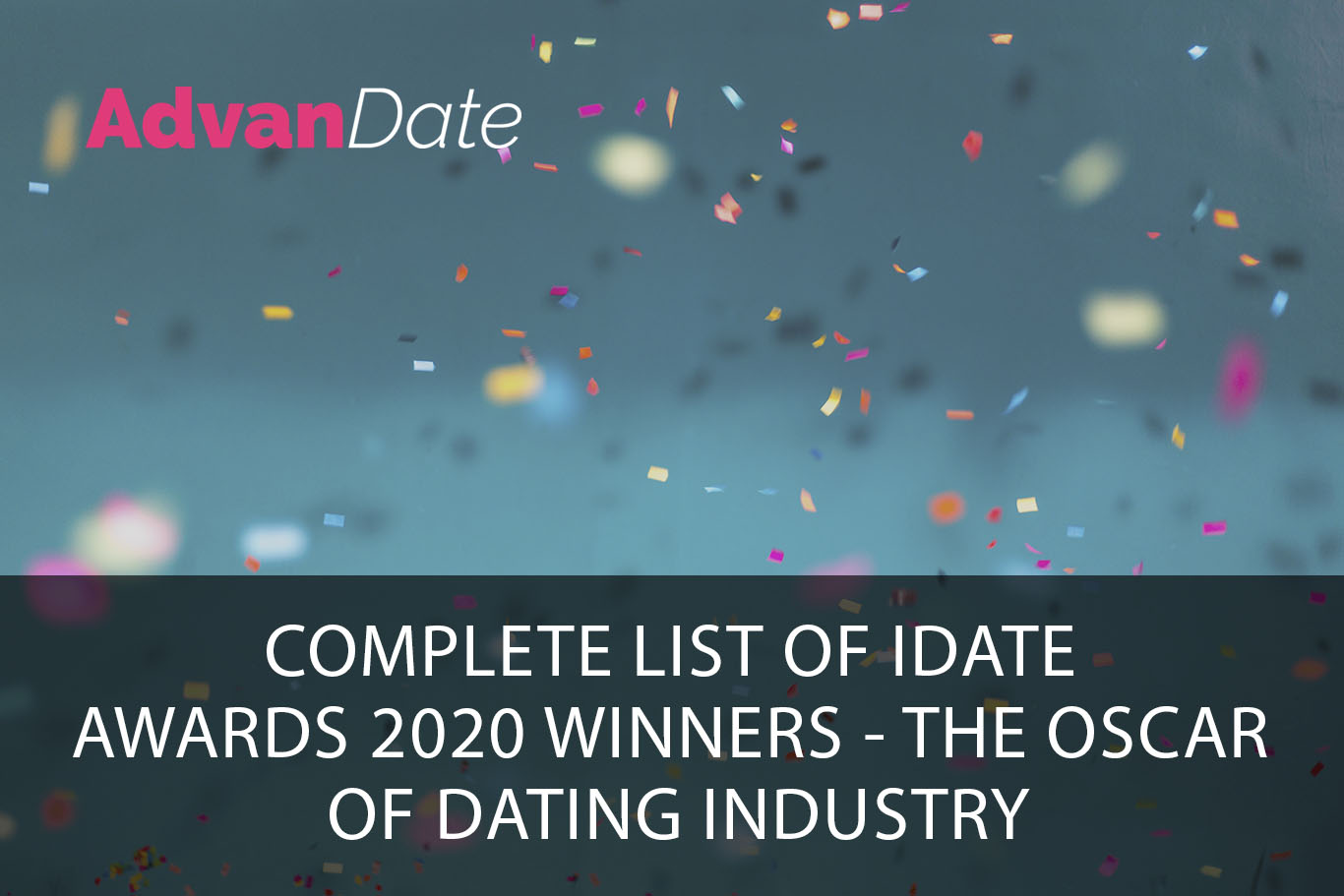 Online dating industry has prospered very quickly and has gone on to become one of the leading industries in the world. Only a few years ago, everyone thought that there was no any scope in the sector and now there are many new players who are looking to create a niche in the sector. The sector has boomed like no one else and there are many top players that are ruling the roost as far as online dating industry is concerned. With the changing times, the industry has also got a page 3 look with various dating industry awards also being given to the top players in the market.

One of the most prominent awards that are being given in the sector is iDate awards. This year as well iDate Awards 2020 Winners were announced on 31st January 2020 and there were many players who won the awards in different categories because of their smart work. iDate awards are quite prestigious and all the top players are always looking to win this award and make a mark in the dating sector. There are many of you who will now be interested in knowing the results and the name of the winners in various categories, so here is a brief look at them for you.

The most prestigious category for the award was most popular dating website on the internet and there were many top contenders to win the iDate Awards 2020 Winners in this category. The nominees in this category were top players like eHarmony, Tinder, Badoo, Match and Bumble amongst others. But at the end, eHarmony prevailed over the others with a vote share of 24.6% well above the second placed Tinder that got 15.1% of the votes. Badoo and Match were close to Tinder with vote share of 13.6 and 13.3% respectively.

Who won the best dating coach?

Another area where the competition and fight was immense is the best dating coach and there were many top coaches fighting for the badge. But Carmelia Ray won the award with a vote share of 26.3% comfortably beating competition from the other coaches. This category is always one of the most exciting ones as the leading Love Gurus put all their effort in order to win the award and more than a million votes were polled in this category which shows the kind of impact the coaches have over the audiences.

One of the other things that the audience are quite interested in is the best product design and the competition was stiff as there were some website designs that were highly liked by the users. But Ukraine Brides Agency was the winners hands down with a vote share of 39.4%. Dating pro came second with a vote share of 26.9% and there were several other top players as well who have to content without podium finish.

After the most popular dating website, this is one award that every company is looking to sweep as it shows the quality of services that they are rendering to their clients. There was immense competition amongst the Dating Pro and Advandate for becoming the iDate Awards 2020 Winners. But at the end, dating pro won the race with Advandate and become the best SaaS provider in the market with a vote share of 44%.

Who won the award for the best dating app?

This is another sector that had immense number of votes polled and is quite important for the companies as well. You all know that nowadays everyone uses the apps only and thus this award becomes even more important for the players in the market. Tinder prevailed over its competitors in this sector and become the most popular dating app for the year 2020. The likes of Bumble and Real Black Love fought hard but were not able to register their names amongst the iDate Awards 2020 Winners as Tinder was too good a competition for them.

Who become the most innovative dating company?

This was another sector in which the new players were looking to try their luck as there were many companies who came out with unique and out of the league ideas. The competition in this sector was also immense as there were so many nominations for the award. But Magic lab prevailed over everyone else with a vote share of 29.3%. Badoo and CC bill were second and third respectively with a vote share of 19.4% and 18.4%.

This was another award where the new players were competing with the experienced pros in the market. there were many new companies that came up with quality technology and were looking to be amongst the iDate Awards 2020 Winners. The number of votes polled in this segment was humongous. But in the end, Dating pro beat the competition off from everyone else and emerged as the winner with a vote share of 29.8%. Badoo give them a run for their money with a vote share of 26.8% and would be considering them unlucky to miss out on the award.

Who were the winners in the other categories?

There were several other categories as well such as best payment system in which CC bill emerged as the winner. LoveMe won the best affiliate program with a vote share of 65.5 completely outclassing everyone else. There were several others who got the iDate Awards 2020 Winners medal like Farmers only in marketing campaign. Foreign Ladies won the award of the best niche dating website while the award for best up and coming website was given to the Kiki app which is getting quite popular amongst the youngsters these days.

The Appearance of Advandate at the iDate awards 2020!!

Advandate got a vote share of 31.3% and became the first runner up for the best Software provider & SAAS provider in the dating market. It left Skadate behind with 7.1% under this category. Being a start-up this performance was quite great from Advandate. Standing up as a runner up and sharing the stage with the biggest brands around the world, is commendable.